A Survey of Psychotherapy Literature by Alfred A. Barrios, PhD. Revealed the Following Recovery Rates:

All hypnosis is self-hypnosis, not the mystical, mind-control manipulation you see on TV. Effective hypnosis simply helps you access the subconscious mind to make positive changes. It’s quite safe—in fact it has been approved for use by the American Medical Association since 1958.

Have you ever been totally unaware of driving your car to the point that you didn’t notice what was going on around you? This trance-like state is similar to what occurs during hypnosis.

When you’re under hypnosis, your attention is focused, you are deeply relaxed and more open to suggestions. This is an ideal state to gain control over your behavior, emotions, and physical wellbeing.

In 1796 British physician Edward Jenner invented the smallpox vaccine. When first introduced, it was met with skepticism as is Hypnosis today.  However, with the increasing number of success stories, more and more individuals are choosing Hypnosis as a viable solution to help them achieve their goals and make the LONG LASTING changes they desire.

Hypnosis is effective, comprehensive, life-changing, and designed for a lifetime.

Hypnosis has been used for years by the ancient physicians, priests, and Egyptians to name a few.  Today hypnosis has been approved by the Pope, and many other professional, trusted and accredited organizations. Practicing hypnotists offer a service that supports the medical field.

Though hypnosis is not a medical field and should never be used to replace or in place of what a clinical professional does or prescribed drugs, it is a proven profession that helps numerous individuals with change in ways many other systems can’t.  Instead simply realize that hypnosis brings an additional modality to the process of healing and wellbeing.

Many times the only things really hindering us from being healthy, happy, and successful are our own thoughts.  It is easy to think about what you don’t want (a problem such as smoking, being over weight, anxiety, fear) or what we should be doing differently (such as eating right, exercising, taking action toward goals, etc.). Too many people have never been taught how to master their thoughts to achieve the results they know are best for a better life.

People constantly think about why they can’t change and continue to allow unhealthy habits and patterns in their thinking produce behaviors and outcomes they really don’t want.

Whatever limiting thoughts exist for you, hypnosis can help!  Hypnosis will take you from THINKING about what you don’t want, to DOING what you want to be doing, easily and effortlessly!

Whatever challenges, personal improvement, or goals you want to achieve NLP Mind/Body Success Coaching can help.

The purpose of hypnosis is to help you gain more control over your behavior, emotions or physical well-being.

It’s not clear how hypnosis works. Hypnotists say that hypnosis creates a state of deep relaxation and quiets the mind as does meditation. When you’re hypnotized, you can concentrate intensely on a specific thought, memory, feeling or sensation while blocking out distractions. You’re more open to positive suggestions and guided imagery that can be used to change your behavior and thereby improve your health, performance and well-being.

Myth: You can be put under hypnosis without your consent.
Reality: All hypnosis is self hypnosis.  Successful hypnosis depends on your willingness to experience it.

Know the Facts about Hypnosis and Weight Loss

Although there has been a lot of talk surrounding hypnosis and weight loss, only researched experimental studies can provide the actual statistical proof of whether hypnosis actually works for losing weight and maintaining it.

Cochrane & Friesen (1986), however, investigated the effects of hypnotherapy alone. The only supplemental materials were whether participants also got audiotapes or not.

This study sampled 60 women between the ages of 20-65 who were at least 20% overweight.

They could not participate in the program if they were in any other treatment group at the time.

They were randomly assigned into either one of the two experimental groups (hypnosis + audiotapes or hypnosis alone) or the control group.

Prior to starting the treatment, participants were weighed in order to use comparison weights for post treatment weighing. Participants in both experimental groups met with a hypnotherapist a total of 24hrs over a period of 4 weeks.

The control group did not receive hypnotherapy.

Those in the hypnosis+ audiotapes group were told to listen to the tapes daily if possible.

There was no contact with the three groups until the 6month follow-up.

The results showed that hypnosis was an effective treatment for weight loss, and the addition of audiotapes made a slight difference.

and the control group only lost an average of half a pound.

This study, hence, provides support for the use of hypnotherapy as a treatment for weight loss.

Note:  It is important as with any medical problem, before seeking a complimentary solution, go to your doctor obtain a referral for all complimentary healing modalities. The information provided in this website is not offered as medical advice in any manner. MindScapes UnLimited, Lori Bestler and anyone affiliated with either party are not rendering psychological, medical or other professional services or advice; therefore hereby disclaim all liability for the use of any information or products associated.

Schedule your NO COST CONSULTATION NOW and see how hypnosis can help you achieve your goal. 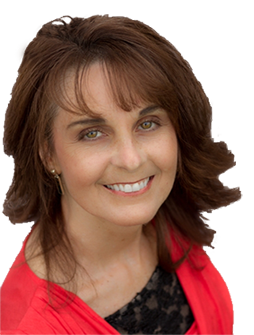